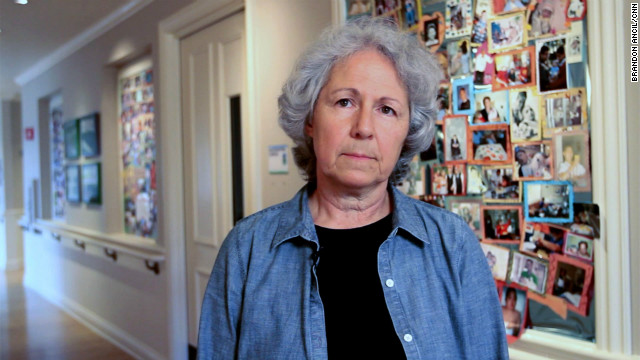 CNN Editor’s note: Dr. Barbara Beach is the co-founder and director of the George Mark Children’s House. Tune into Sanjay Gupta MD at 4:30 p.m. E.T. Saturday and 7:30 a.m. E.T. Sunday to learn more about pediatric palliative care in “The Gift of Charles.”

It began with Jim. He was a big-hearted, courageous young man dying of cancer, and I was a young pediatric oncologist at the beginning of my career, not 10 years his senior. Jim simply wanted to die at home, in the company of his mother, away from the hospital where he had spent so many weeks and months battling his disease. Yet as hard as I tried, I wasn’t able to make his final wish possible.

I had pleaded with the insurance case manager to agree to provide one shift of home nursing per day so that his single mother could have the support she needed to care for him at home. I argued that providing limited home nursing would cost much less than 24 hour hospital care, but was told flatly that that was not how the system worked.

In my utter frustration, anger and tears, I determined that there had to be a better way to provide more compassionate end of life care.

It was the early days of the modern “hospice” movement, which had begun in England in 1967 with the opening of St. Christopher’s Hospice by Dame Cecily Saunders, and which eventually blossomed into the larger field of palliative care.

More than a decade later, in the early 1990s, I encountered Meilani, a teen who was dying of cancer and who did not want to spend her final days in a hospital. Dr. Kathy Hull, a clinical psychologist and colleague of mine, also was a member of the medical team. It was then I learned she shared my dream of finding a different, more holistic setting for terminally ill children and their families to spend their remaining time together.

As we discussed our vision for an out of hospital setting in which to offer comprehensive end of life care for children and their families, the concept of what was to become George Mark Children’s House began to take shape. Kathy, a surviving sibling of George, who had died of cancer in a hospital at age 30 with poorly controlled symptoms, and Mark, who had been killed at age 16 in an accident, was passionate about expanding the range and scope of support services available to critically ill children and their families.

At the time, I was aware of the existence of some Children’s Hospice Houses in England which were providing end of life care and support in a home-like setting. Kathy and I traveled to several of them and quickly discovered that they provided much more than medical care and family support in the final weeks or months of a child’s life. They also provided respite care to allow families to take a break from the intense around the clock responsibilities of caring for an ill child, and bereavement support for grieving parents, siblings, and anyone else impacted by the child’s death. We realized we had found the model we were looking for – a more holistic and compassionate way to support children and families facing this profoundly difficult journey.

By 2004, when George Mark opened its doors as the first free-standing pediatric palliative care center in the United States, there were already more than 30 such “houses” in the United Kingdom, and others in Canada, Australia and Germany. The movement continues to grow and there are now two more facilities in the United States (Ryan House in Phoenix, Arizona and Dr. Bob’s Place in Baltimore, Maryland).

During the past eight years, we have learned much about the needs of children with complex chronic medical conditions which result in a shortened lifespan and their families. These children benefit from periodic out-of-home respite (as do their families) and a careful focus on pain and symptom management to improve their quality of life. At George Mark, when prolongation of life is no longer possible or desirable, death can occur in a supportive, home-like setting with access to all the necessary medical interventions in the company of family and loved ones.

One major obstacle we face in the provision of this model of care within the U.S. health care system is the lack of sustainable financing. At George Mark, we have expanded our services to include transitional care between hospital and home, which results in shortened inpatient hospital stays and greater on the job training and practice for the children’s parents and caregivers.

Transitional care empowers families to more effectively manage their child’s health from home and maintain their child’s quality of life for as long as possible. It also is one of the admission categories which is often reimbursed by health insurance plans. In spite of data showing that care at George Mark results in significant cost savings, top quality care, and higher levels of patient and parent satisfaction, insurance reimbursement still covers only about one-third of the annual budget at George Mark, leaving us dependant on philanthropy for the remaining two-thirds of our operating expenses.

At George Mark no family is ever turned away for lack of insurance. In addition, beyond our medical care, ongoing bereavement services including counseling, home visits, support groups and events held at George Mark are offered to all families without a time limit, allowing each person to grieve and heal in his or her own way and at an individual pace.

This is a powerful and effective model of care, and growing in popularity both here and abroad. Co-founding and working at George Mark these past eight years has shown me that while we cannot prevent the inevitable, we can provide a level of care and support to children and their families that enables them to make the most of the time they have together. When death approaches, we can help families manage it on their terms, with the support they deserve.